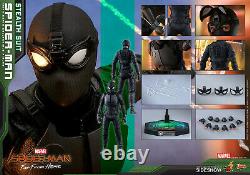 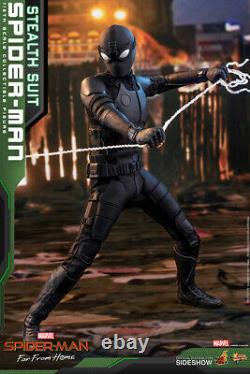 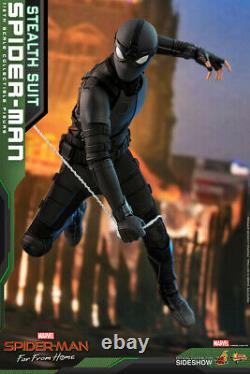 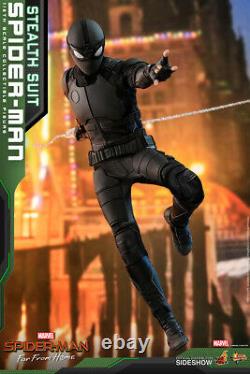 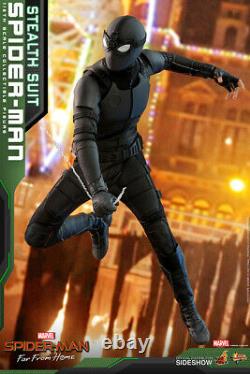 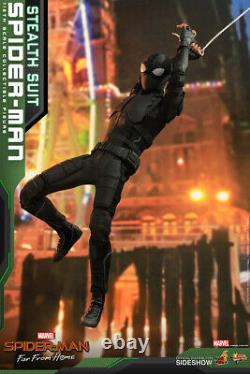 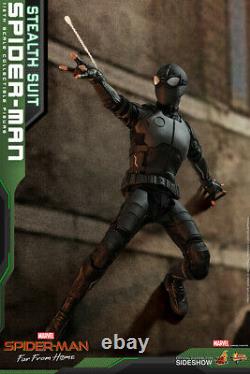 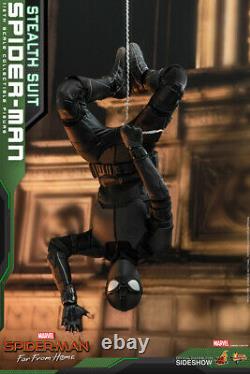 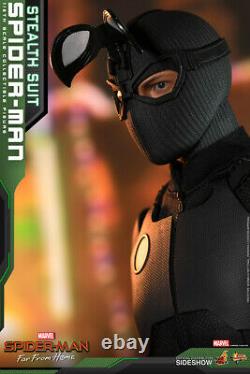 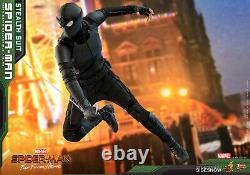 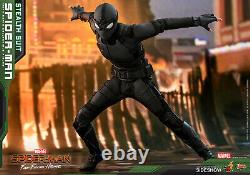 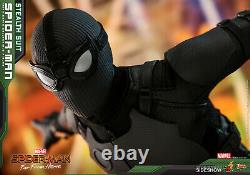 Spider-Man is back for another exciting adventure! This time our friendly neighborhood superhero has decided to join his friends and the rest of the gang on a vacation to Europe, and leave the heroics at home to focus on his friendships. Sideshow and Hot Toys are thrilled to officially present the latest movie masterpiece - 1/6th scale Spider-Man (Stealth Suit) Collectible Figure which captures Spider-Man in his new black suit!

Meticulously crafted based on Spider-Mans appearance portrayed by Tom Holland in the movie, the figure features a newly developed masked head sculpt which exposes part of his face with 3 pairs of interchangeable Spider-Man eyepieces to create numerous Spider-Man expressions, a Spider-Man Stealth Suit with fine details, multiple spider-web shooting effect parts and a movie-themed dynamic figure stand. Expend your Marvel collection with this impressive Spider-Man figure! WHAT'S IN THE BOX? Spider-Man (Stealth Suit) Sixth Scale Figure. Uthentic and detailed likeness of Spider-Man in. A newly developed masked head sculpt which exposes only the eyes and includes three (3) pairs of interchangeable Spider-Man eyepieces that can create numerous combinations of Spider-Mans expressions. Body with 30 points of articulation.